What animals can produce silk?

You might know that silk is produced by silkworms, and might even be familiar with the fact that the species involved loves to eat mulberry leaves - hence the term mulberry silk. But do you really know what silkworms are? Are they a type of caterpillar or a kind of worm? Also, can any other creatures make silk?

Just for fun, this piece is all about what animals can produce silk. From a brief outline of the silkworm species used in silk production to the other creatures that can spin silken threads, here is all you need to know about silk and the animal kingdom. 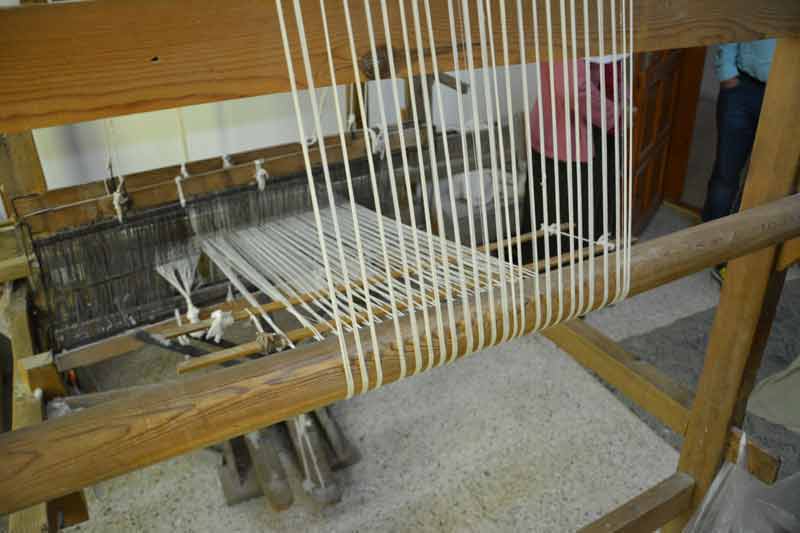 The silk used for making bed linen such as silk pillowcases, and garments like silk scarves, comes from the larvae of a creature called the Bombyx Mori moth.

The Bombyx Mori belongs to a family of moths known as Bombycidae. This group of winged insects also includes the wild silk moth or Bombyx Mandarina, which is endemic to Asia.

So the silkworm is the caterpillar - or larvae - of the Bombyx Mori moth. This caterpillar prefers a diet of mulberry leaves if possible, and if this is what they are fed during breeding then the resulting silk is known as mulberry silk.

If mulberry leaves are not available, then the Bombyx Mori larvae will eat a plant known as the Osage Orange. Despite the name, this tree or shrub actually belongs to the mulberry family and is not related to any citrus species.

The fact that silkworms will eat the Osage Orange is somewhat unusual, as the fruits of this particular deciduous bush is not otherwise popular - either with humans or other fauna. Bombyx Mori caterpillars, however, live on leaves rather than fruit.

Where the Bombyx Mori comes from

Silk production was first established in China at least 5,000 years ago. Since then, it has spread to other countries in Asia such as Japan, India, Korea and Nepal, as well as parts of Russia and the West.

Breeding domestic silkworms to produce silk is known as sericulture. This type of silkworm does not really exist in the wild, and after the fully grown female moth lays her eggs she dies. The Bombyx Mori is a curiously colourless creature, and unable to fly. 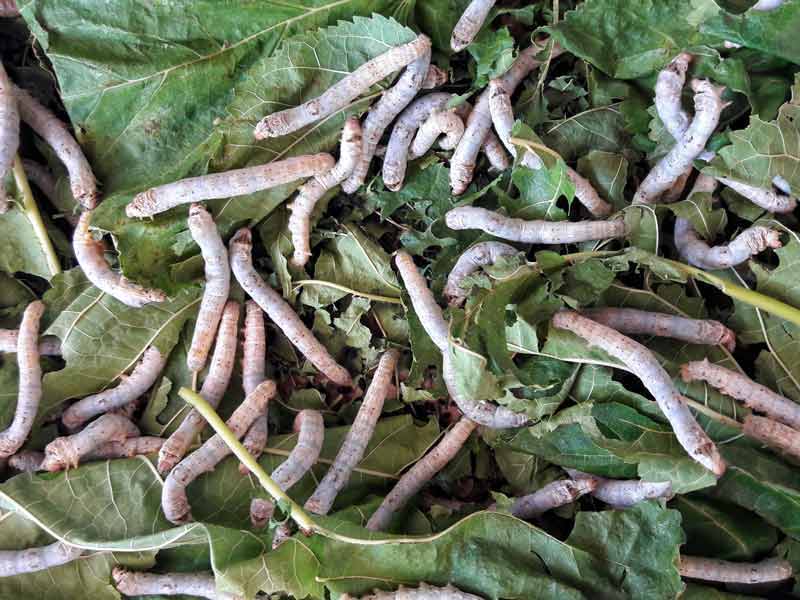 Once the eggs are laid it takes about two weeks for them to hatch into larvae. These caterpillars then eat continuously. Moulting then occurs four times before the pupal phase of the life cycle  begins.

This is also when silk production starts, as the larvae spin a cocoon made from the threads used to make mulberry silk.

Later, these threads are harvested and graded before they are woven together to form fabrics. Each cocoon typically comprises between 300 and 900 metres of raw silk thread.

Other animals that can produce silk

Other creatures are also capable of silk production, although their threads are not like mulberry silk. Some other types of fauna that spin silken strands are as follows.

Other insects that produce silk

Other animals that produce silk