What is the history behind silk?

Whether you already own a silk pillowcase or are thinking about investing in a silk scarf or set of silk scrunchies, have you ever wondered what is the history behind silk? This post will tell you all you need to know - without sifting through pages and pages of information! 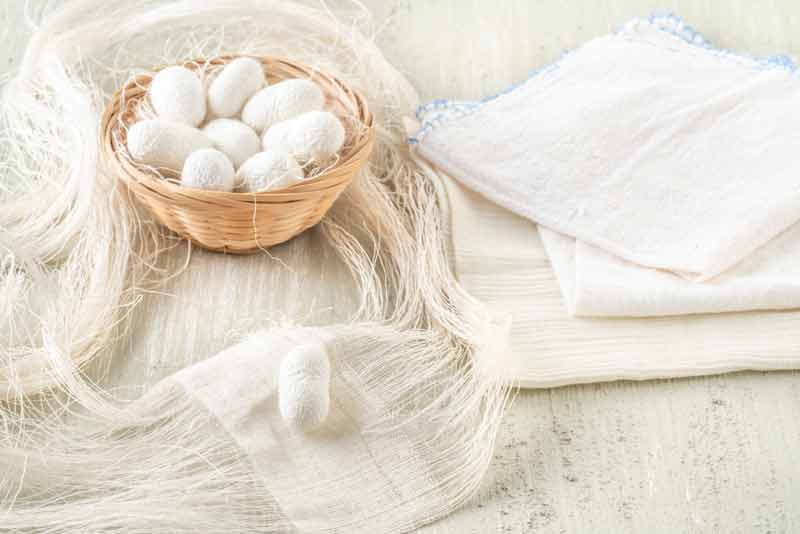 The history of silk

Perhaps not surprisingly the history of silk began in China, and it dates back to the centuries BC.

It all started during the Neolithic period, when somewhere between 4000 and 3000 BC, a halved silk cocoon was discovered. The cocoon has been cut open with a knife, and was found to have come from the Bombyx Mori moth - the creature now known as the cultivated or domestic silkworm.

The discovery was made in Xia County, part of the landlocked Shanxi province. After this, the initial record sighting of silk fabric was made in 3630 BC, when the material had been used as a shroud for the body of a child. This also came from a Yangshao site.

The Liangzhou culture also turned up silk samples dating from around 2700 BC, and then the Shang (or Yin) dynasty used silk within their royal tombs sometime around 1600 to 1046 BC.

The spreading of silk

Later, silk production spread to various Asian countries outside of China, including Korea, Japan and India. Silk is alluded to in the Old Testament, meaning that it existed during biblical times.

It is believed that during the second century BC, China began an attempt to export their silk to the West. Although it was gradually used in more countries across the world - especially among noble people and royalty, it was produced only in China for some time.

One of the most notable finds was made when the Siberian Ice Maiden or Princess of Ukok was uncovered in Russia in 1993. The corpse was wearing a silk shirt made from some kind of wild silk that originated somewhere outside of China. India was one possible cited source.

Only females were initially permitted to take part in silk farming, and thus the industry employed many Chinese women. At first silk was reserved only for the most noble classes or the emperor himself.

By the 16th century, silk industries were established in many countries across the world. Since the 1700s, China has remained the dominant producer, although Japan among other nations once boasted a booming silk business that for some time overshadowed the Chinese efforts. 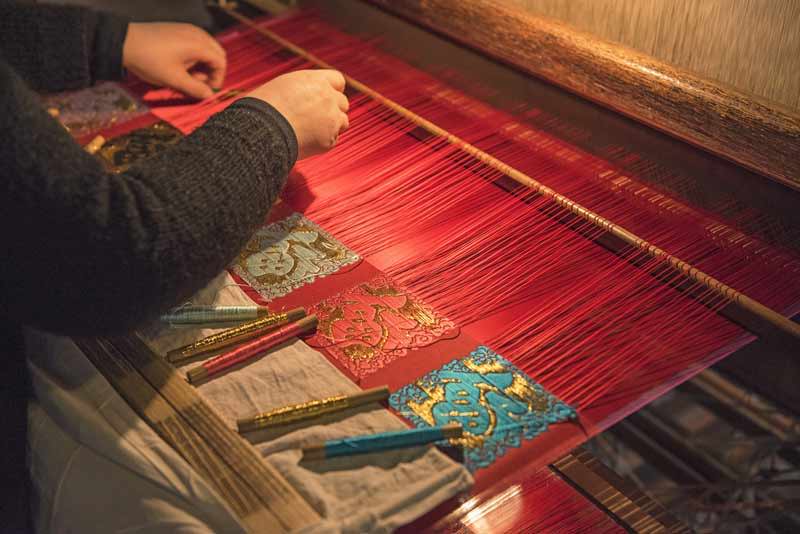 The exclusivity of silk

Due to silk’s luxurious sheen, it was for a long time seen as the ultimate in luxury. Once its use in garment making was established, the Chinese began to make other items using silk, such as fishing equipment, musical instruments and bows.

For a time, silk was used as a currency in its own right. It was used in trade alongside bronze coins in a similar way to gold. The material was also often used as a peace offering to quell pillaging tribes, and was also once the main item gifted by the emperor to other countries in attempts at establishing cordial relations.

Under the rule of certain dynasties, the use of silk became very regulated, with strict rules in place regarding who could wear which colours or specific items of clothing. Shades of silk were used to denote someone’s position in society, and under the Ming dynasty accessories such as headwear, belts, handkerchiefs and even wallets became associated with status.

China opened the Silk Road leading from East to West during the second century (AD) and the route was used for the trading of many other products in addition to silk. These included tea, wine, spices, medicines and carpets as well as precious metals and stones.

Silk in the present

Now, silk is a luxury accessible to just about anyone, and its popularity has enjoyed a recent surge as people discover the benefits of using silk for making bedlinen, clothing and accessories.

Why not take a look at our deluxe range of 22 momme mulberry silk products today?