What is so special about a mulberry tree?

The mulberry is a small to medium tree that is also known by its scientific name Morus alba. It may also be referred to as the white, common or silkworm mulberry. 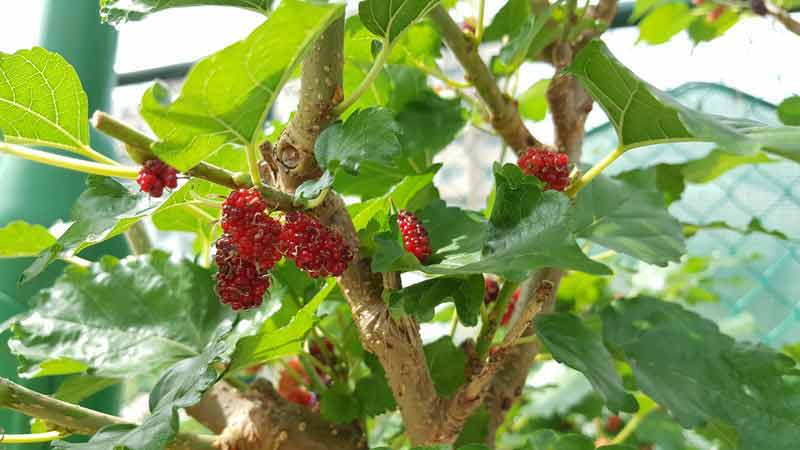 A mulberry tree grows quickly and typically reaches between 10–20 metres in stature. It also spreads about as wide as its height. In tree terms it tends to be a relatively short-lived tree, with a similar lifespan to a human. Unlike man, however, it’s not unheard of for a white mulberry tree to reach 250 years of age.

Belonging to the Moraceae family, the white mulberry is a deciduous tree that is necessary for silk production. While silkworms may also eat the leaves of the Osage orange (Maclura pontifera) - which despite the name is a mulberry rather than a citrus tree - they prefer the white mulberry. Hence it is also named the silkworm mulberry.

Uses of the white mulberry tree

The white mulberry is thus generally used as the only food source for silkworms, and it is also grown as a decorative garden tree. It is attractive to wildlife, and supplies succulent dark fruits. With large, dramatic leaves, Morus alba can flourish in full sun when planted in well-drained but moist soil. It does best if planted against a west or south facing wall to protect it from extremely windy weather.

The mulberries grown by the tree are edible to humans, but the fruits of the black mulberry (Morus nigra) are said to taste better. Other members of the Moraceae family include the red mulberry (Morus rubra). Although this group shares similarities, each species has its own unique attributes.

A variation also exists in the form of the Morus alba 'Pendula' - also known as the weeping white mulberry. This is a small, drooping tree with glossy, heart-shaped foliage and dark pink fruits. The mulberries are white at first, but deepen to dusky pink as they ripen.

The many associations of the mulberry

The term ‘mulberry’ has been adopted and is popular as a name for a place or product.

The most famous example is the upmarket handbag brand Mulberry, whose other goods include accessories and small leather items. These range from sunglasses and belts to scarves, jewellery, luggage tags and pouches.

The association with luxury goods may stem from the fact that the finest silk is known as mulberry silk due to the preferred diet of the silkworm. If we are what we eat, then silk is made from what the caterpillars consume - which means that in the most basic of terms, silk is made from mulberry leaves. 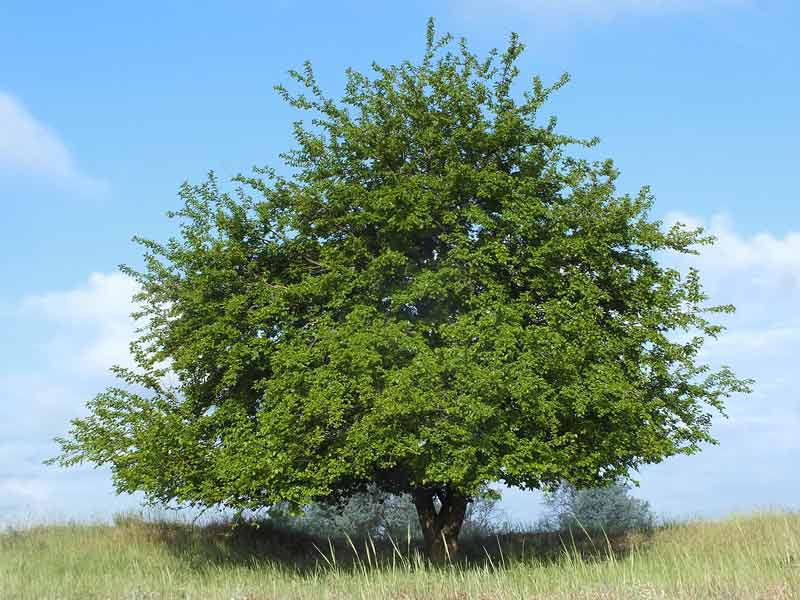 Shakespeare and the mulberry

Shakespeare famously had a mulberry tree planted in his garden at New Place, his home in Stratford-upon-Avon. This came about as a result of royalty giving instructions to landowners in the early 1600s to facilitate the establishment of a silk industry here in Britain.

The trees imported, however, were Morus nigra, not Morus alba. Although the fruits of the former are more palatable to humans, silkworms feed on the leaves of the white mulberry tree. Hence the experiment was a failure.

Shakespeare’s mulberry tree nonetheless became famous, and was constantly visited by members of the public. This displeased Reverend Francis Gastrell, who owned New Place during the mid 1700s, and he eventually took the tree down. As a result of this, he has often been referred to as the person who destroyed Shakespeare’s hallowed home.

The Bard also made mention of mulberries in a couple of his plays. In A Midsummer Night’s Dream, ill-fated lovers Pyramus and Thisbe arrange to meet under a mulberry tree. As the tale is told, Pyramus’s blood stains the once-white mulberries deep red after he stabs himself.

As for Coriolanus, he is urged to be as ‘humble as the ripest mulberry’.

Here We Go Round the Mulberry Bush

Here We Go Round the Mulberry Bush, a familiar children’s nursery rhyme, is said to have originated in a women’s prison in Yorkshire. This is because there was a mulberry bush in the exercise yard that the inmates would circle around during their outdoor sessions.

Culinary uses of the mulberry

As mentioned, the fruits of the black mulberry in particular are edible, and they have various food uses. They can be eaten just as they are, as with other berries, or can be cooked before consumption.

Some of the most popular uses of the mulberry include the sort of recipes that traditionally include berries, such as jams, compotes, pies, cakes, muffins, crumbles and even ice cream, cocktails or mocktails.